These latest homeowners are just a few examples of the inspiring families that have accomplished homeownership through Habitat Greater Boston’s Homeownership Program.

It’s families like these that you help when you support Habitat Greater Boston. 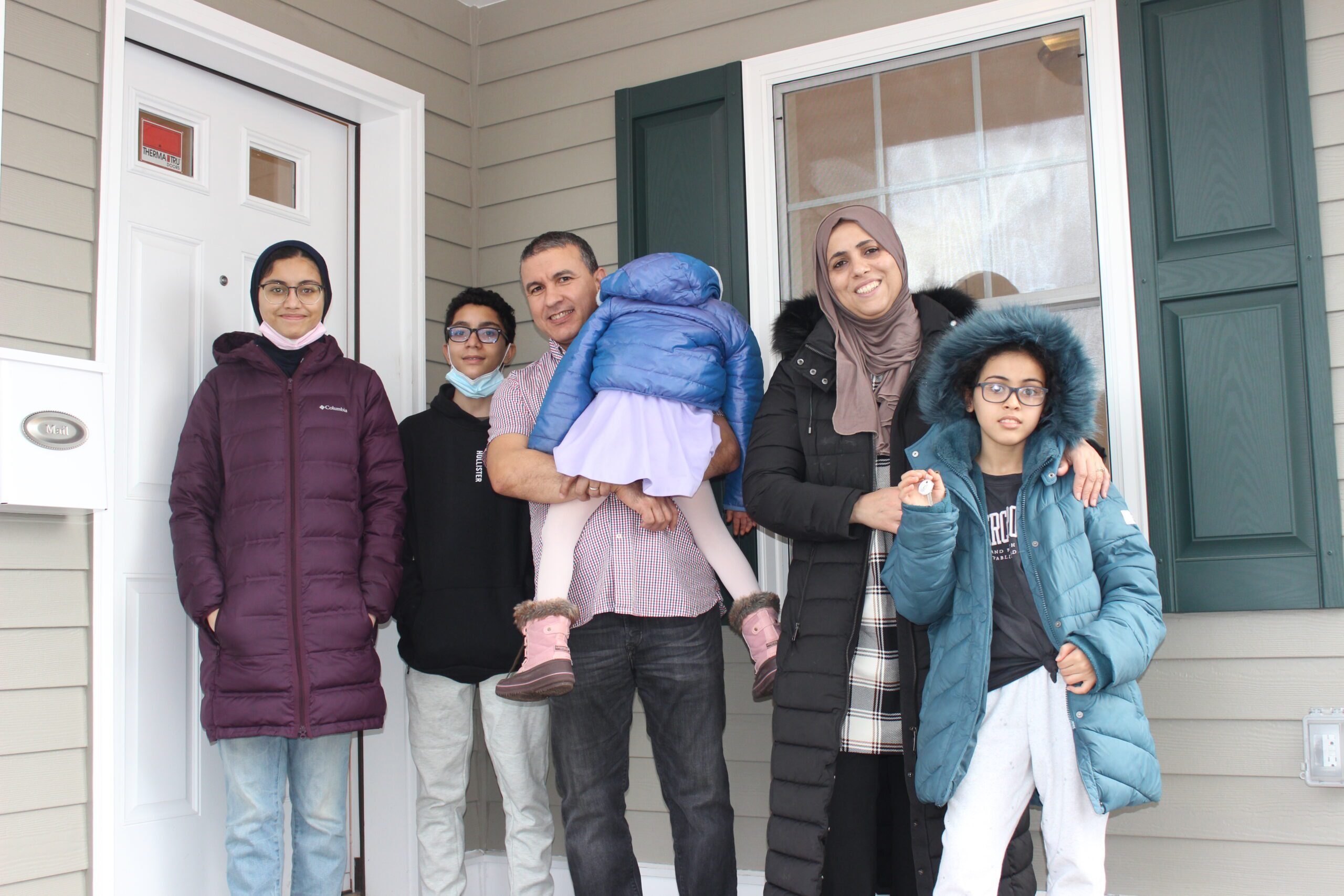 Elmostafa and Laila’s story began in Morocco, when they met in school. Today, they are proud homeowners of a single-family home in Malden. Malden is a town they have come to know and love while raising their family right down the street from their new home for many years. They are excited to remain in Malden with their four children Chaimaa, Yassine, Sumaiyah, and Leena where the kids can walk to their cousin’s house, and some can even walk to school.

As a family of six living in a two-bedroom apartment, overcrowding made things very difficult, especially when the children had to do schooling remotely during the global pandemic. Additionally, finding an affordable home was extremely challenging despite a steady income. After a long journey to homeownership, the family’s dreams have come true! 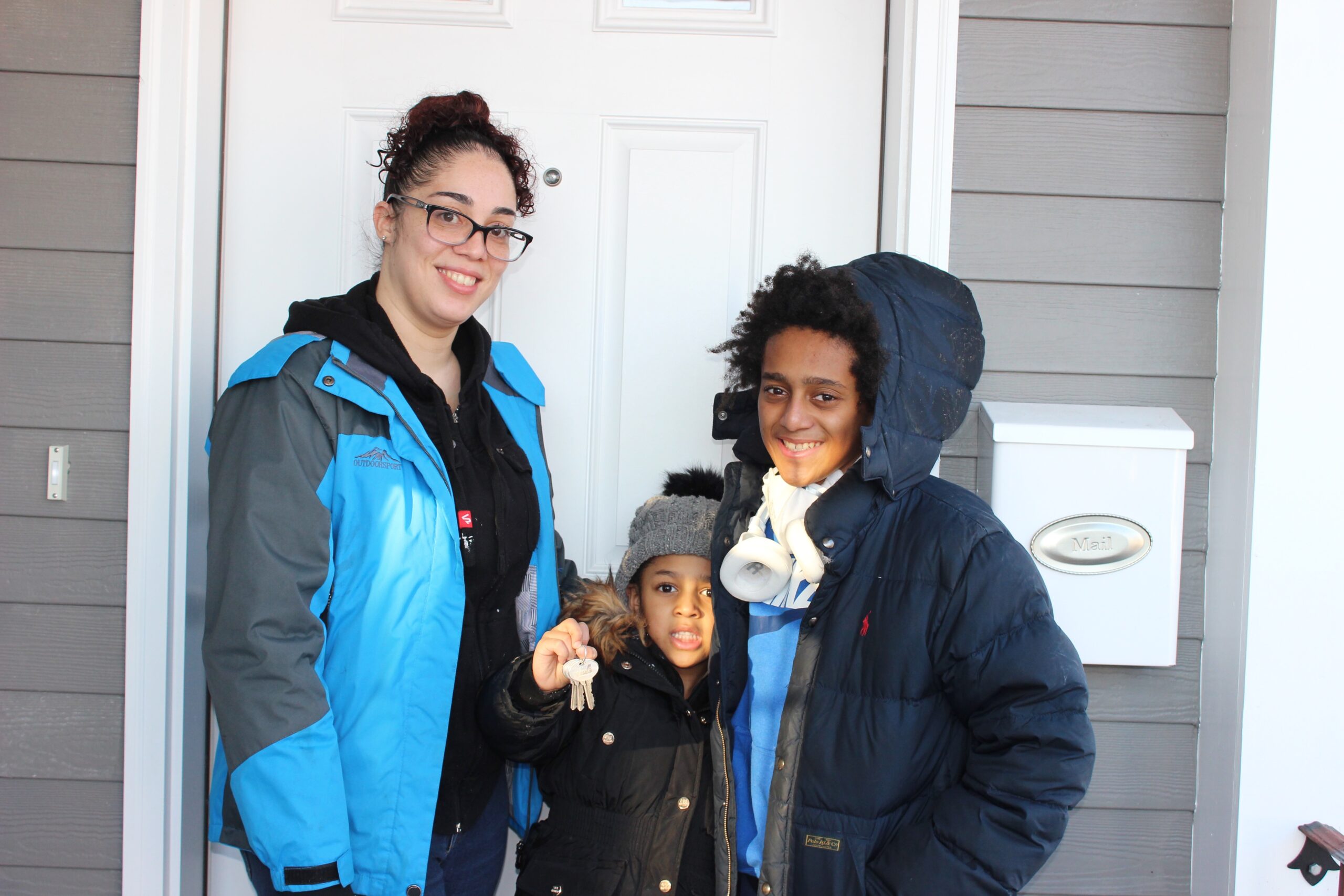 Cynthia and her two children Mya and Cory had been living in a significantly overpriced two-bedroom apartment with deferred maintenance in a neighboring town. Like the other families you’ve met, owning a home has been a dream of hers, but with student loans and the housing market in the Greater Boston area she wasn’t sure if it would ever come true.

Due to Cynthia’s determination and the opportunity to own an affordable Habitat home, she no longer has to worry about rent increases and the unknowns that come with renting. As for Mya and Cory, they are over the moon to finally have their own rooms! 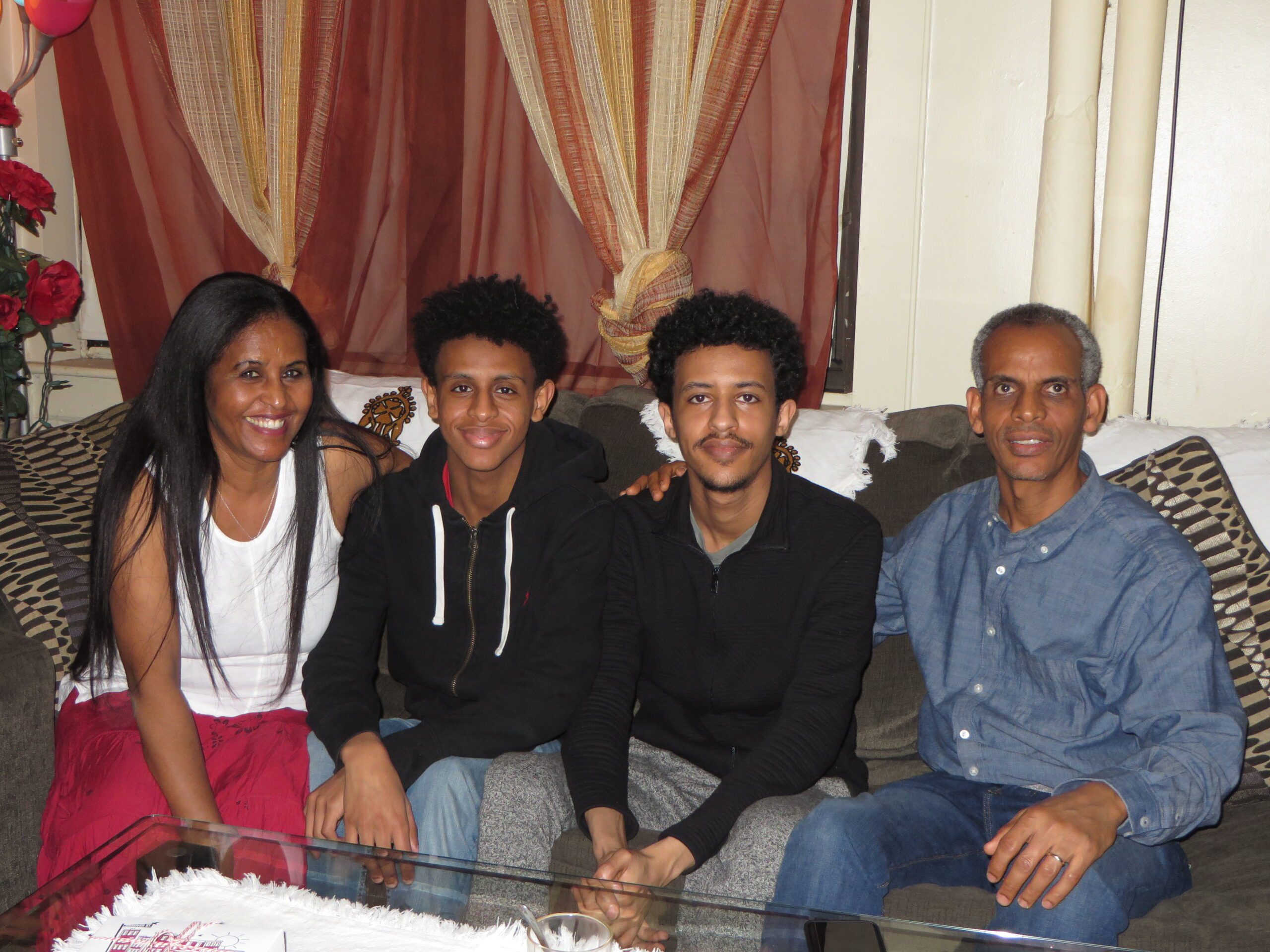 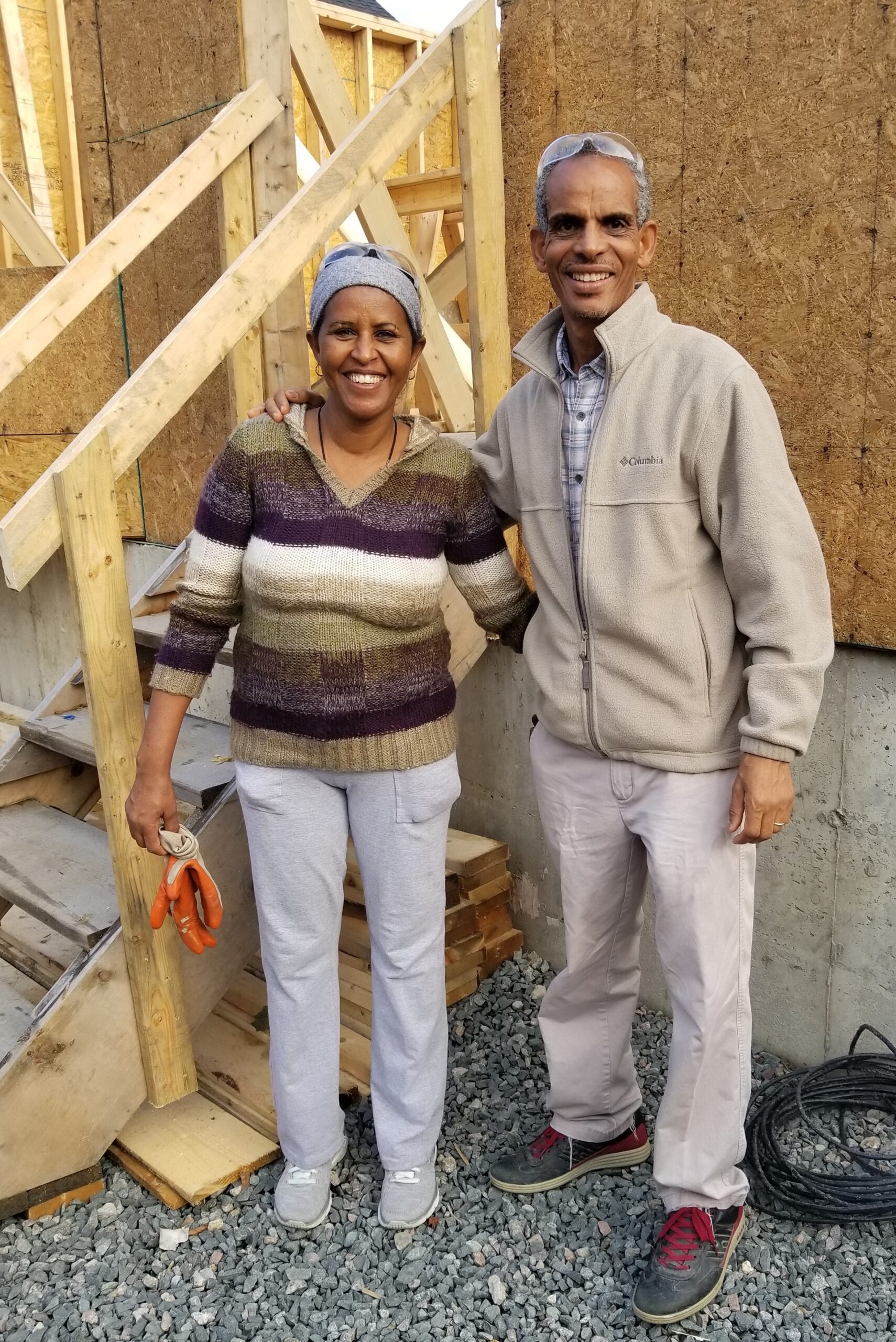 Weldegebriel and Hagush, like their neighbors, are from Ethiopia. Both are hardworking frontline workers at Boston hospitals. The family lived in a Boston Housing Authority apartment in an unsafe neighborhood, and anytime their pay increased so did their rent. Once they were informed that their  apartment building was being torn down because of a rehab project, they knew it was time to pursue their dream of having a home to call their own.

Along with their sons, Brook and Abel, Weldegebriel and Hagush have settled in and decorated their home beautifully, even including some furniture from our very own ReStore. Not only do they now have a place to call their own, it is a home they helped build with their own hands. 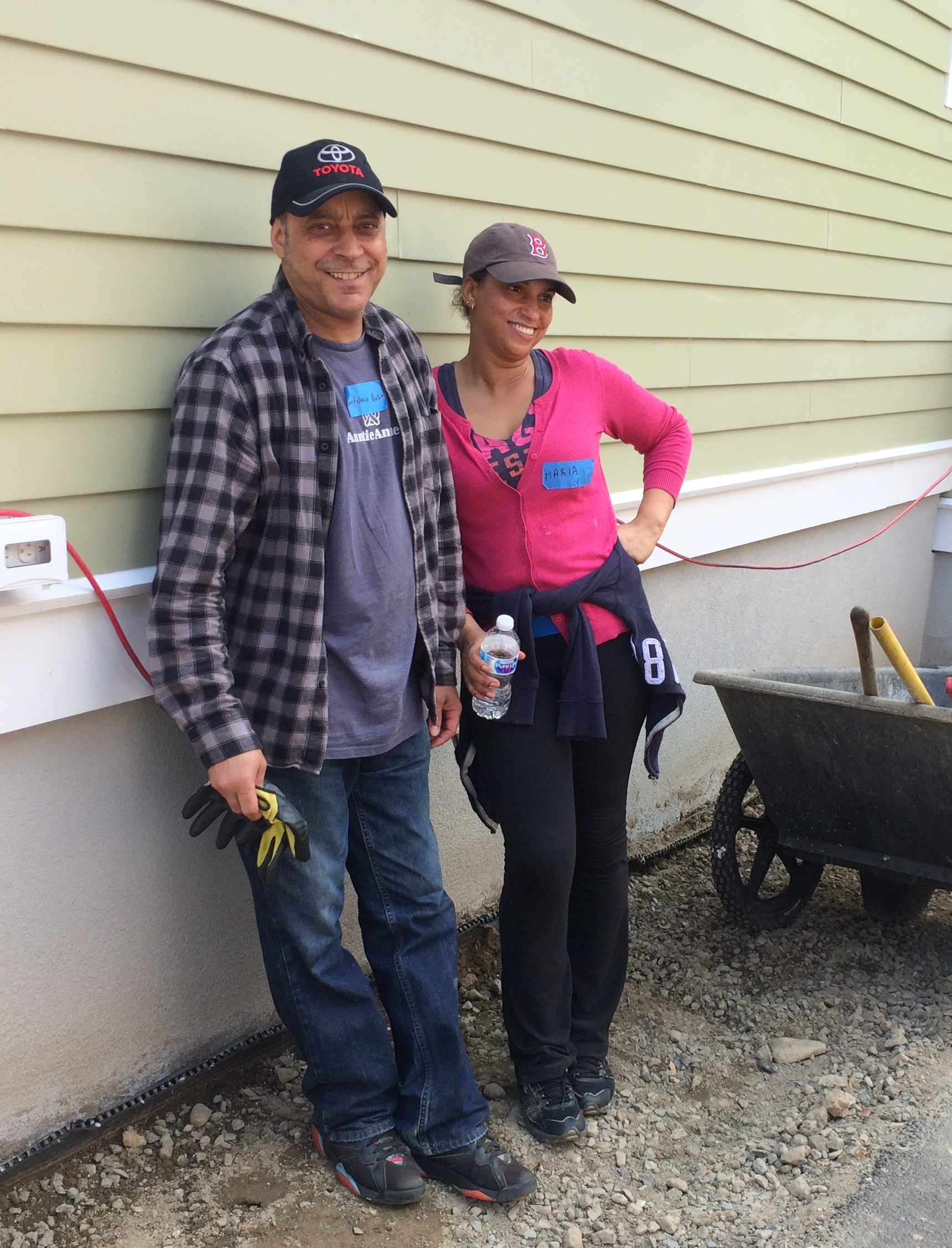 Originally from Cape Verde, Maria and Antonio along with their two sons, Igor and Jayden, were living in overcrowded subsidized housing in Dorchester. Even with jobs and sound credit, achieving their goal of homeownership and, as Maria said, “living their American dream” seemed like it would never become a reality.

However, Maria and Antonio learned about Habitat through their cousin who is a Habitat homeowner in a different Dorchester community, so they took a chance and were accepted. The entire family is very happy with this new chapter, including Jayden who spends countless hours playing with his new friends, Aron and Leul, and the kids of the Balina Phase I families. 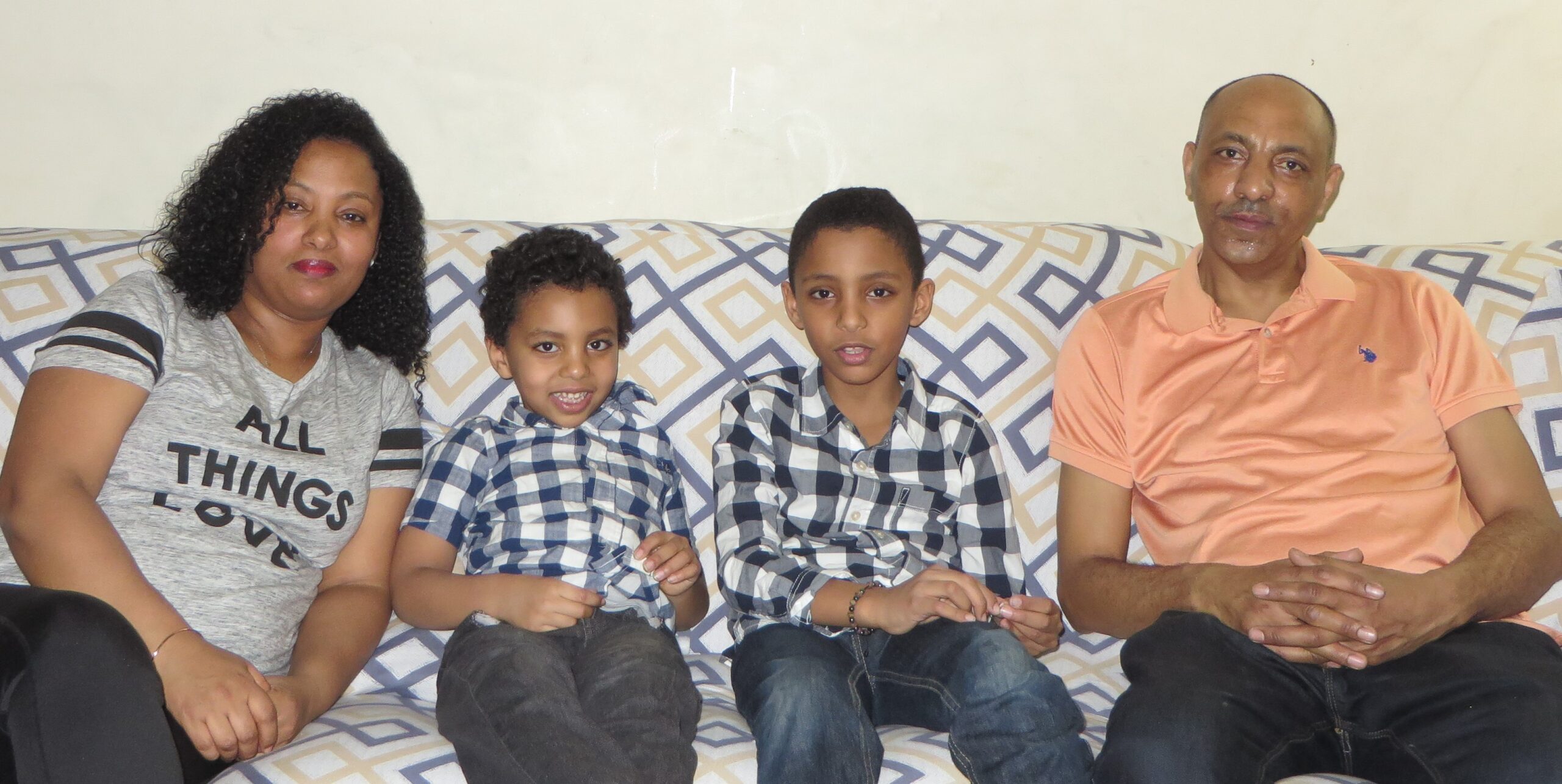 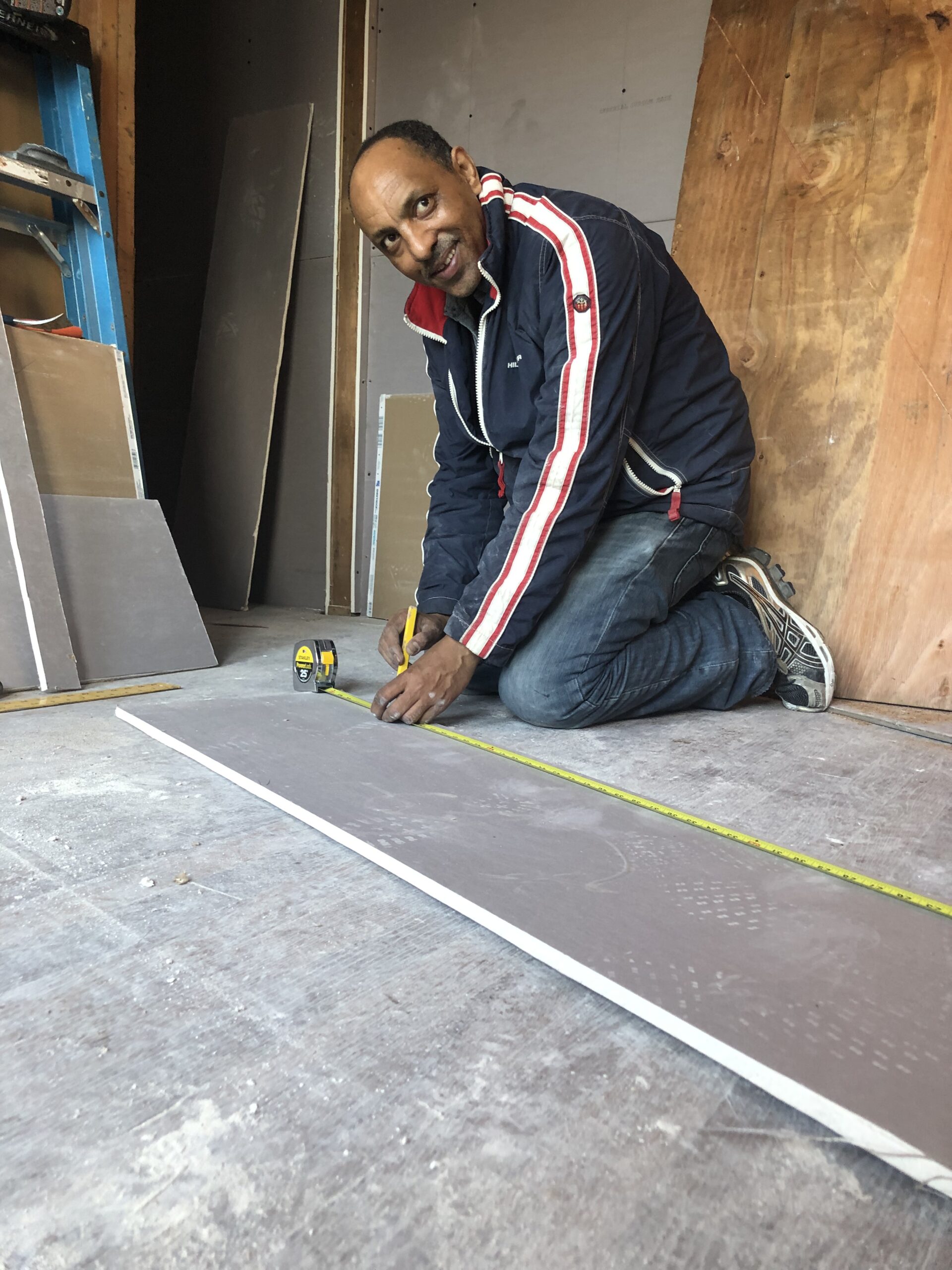 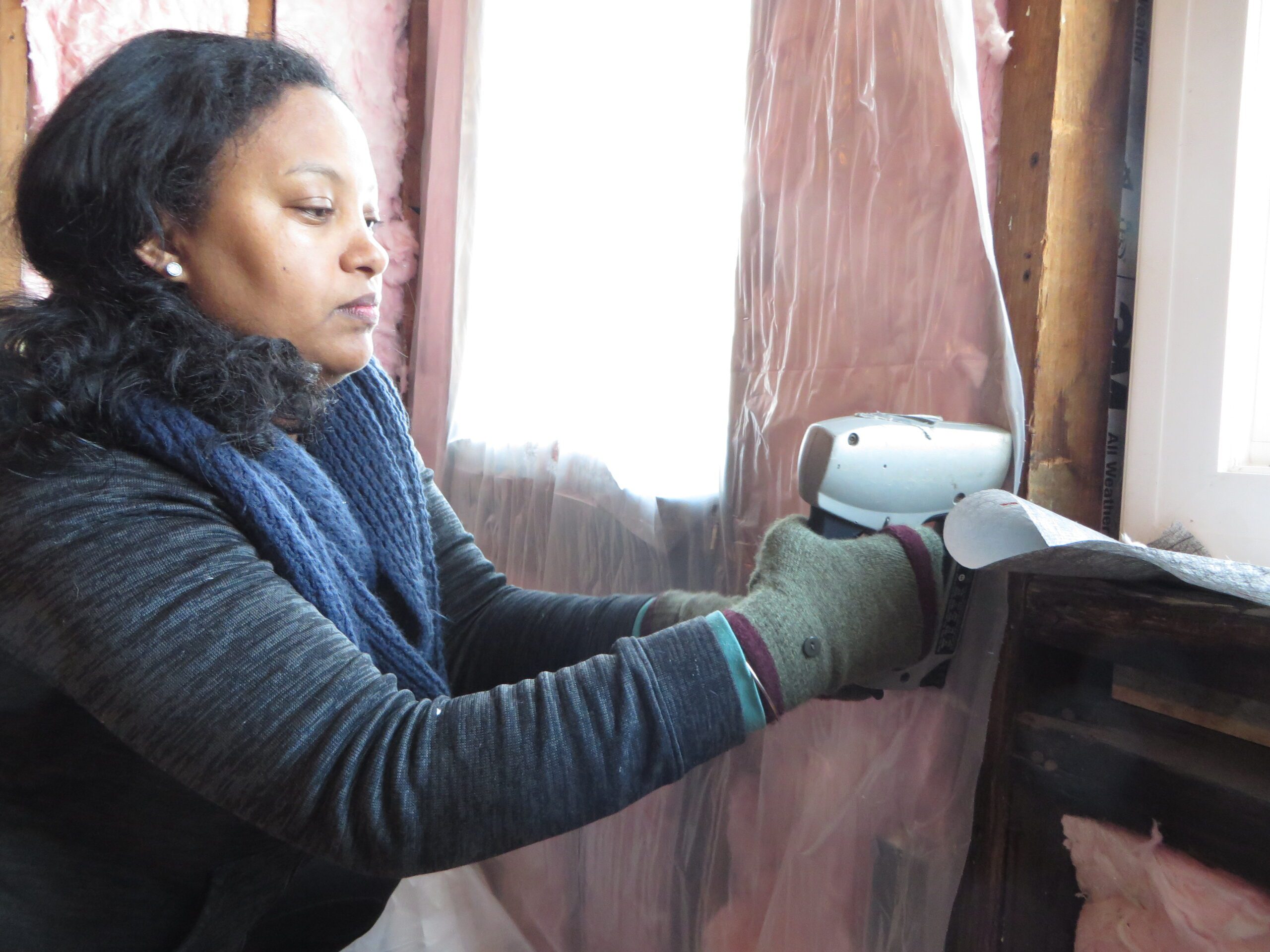 As thrilled as Mekdes and Abebaw are to be homeowners in Dorchester, their two sons, Aron and Leul may be even more excited! Originally from Ethiopia, the family used to live in an overcrowded one-bedroom apartment in Boston where the boys shared a mattress on the floor of their parents’ bedroom. Now, Aron and Leul have their very own bedrooms and sometimes have sleepovers in each other’s rooms!

Mekdes and Abebaw enjoy all the additional space in their new home! They no longer have to share a bedroom with their sons and the kitchen has plenty of space to cook family meals. All Mekdes and Abebaw wanted was to give their kids a decent place to live, play, and grow up happy… Now due to their hard work and dedication to Habitat’s homeownership program they are achieving their dream! 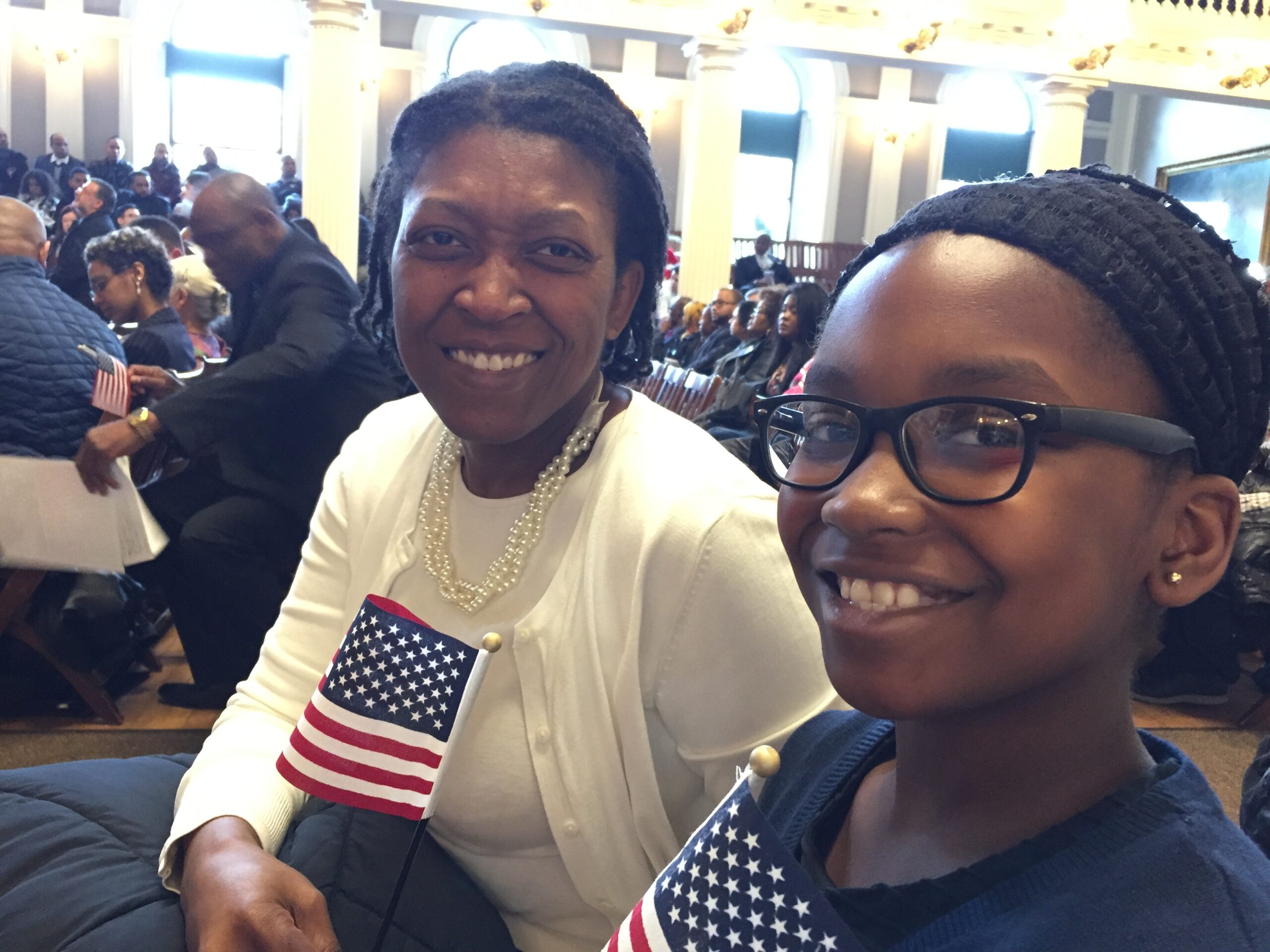 After moving to the United States from the United Kingdom, Eveian served as an AmeriCorps VISTA member so the nonprofit world was one that Eveian was very familiar with.

When Eveian applied to Habitat, she and her daughter Reya were living in an overpriced one-bedroom apartment with a heating system that barely worked. After officially becoming a homeowner in October 2021, Eveian and Reya now have plenty of living space.

Eveian currently works for a local non-profit organization is able to comfortably work from home. She and her daughter are now part of a community with 21 other Habitat homeowners in Dorchester. 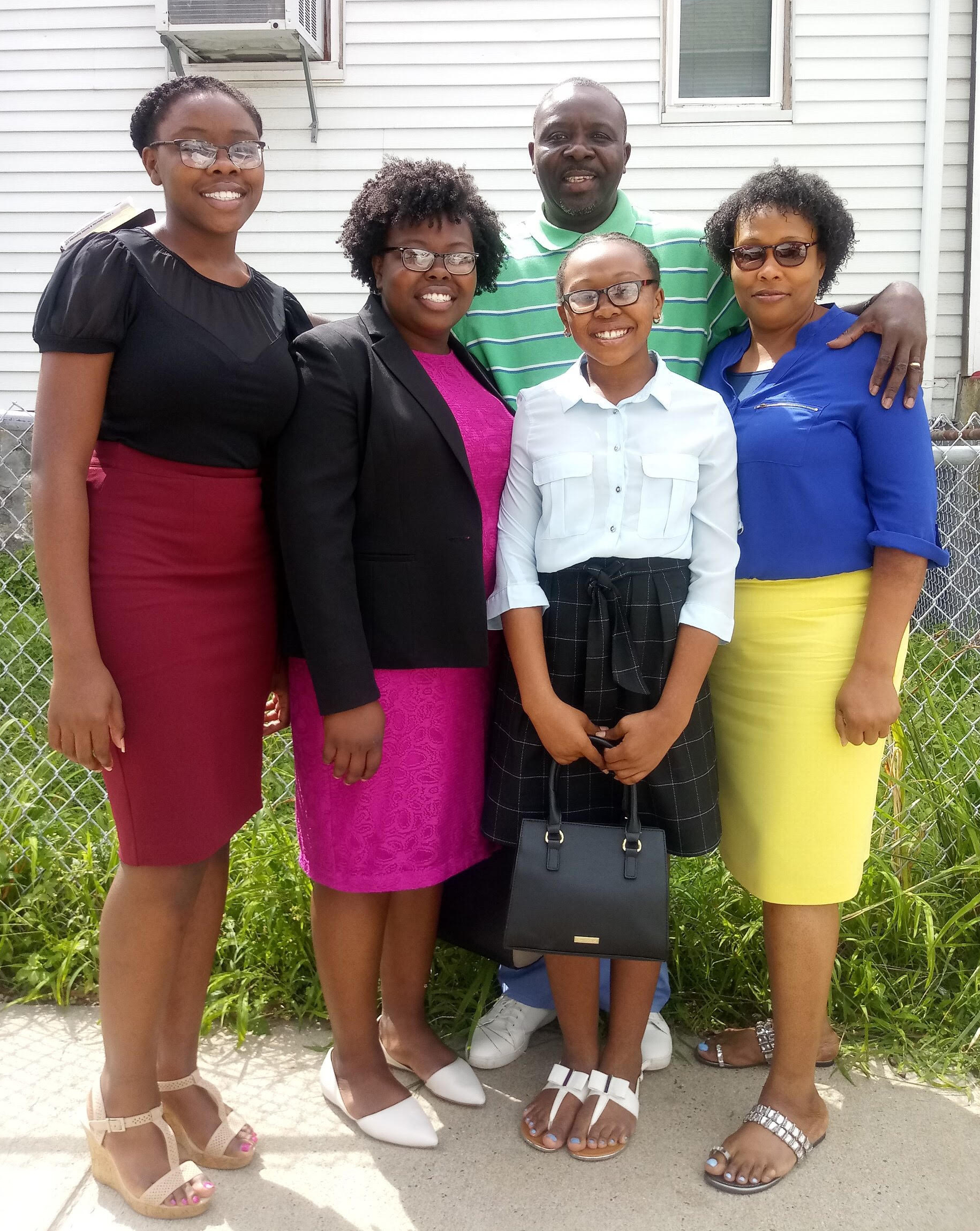 Originally from Jamaica, Clive and Karlene’s new home is in the same neighborhood they’ve known and loved for eleven years. When they saw Habitat was accepting applications for a house they pass every day to and from work, they knew it was meant to be. Hoping to have more space for their teenage daughters, Clive and Karlene applied immediately and were accepted into our program. Thanks to you, the Eccleston family was able to leave behind their overcrowded apartment, with mold issues to boot. Their dream of homeownership never would have been possible without the generosity of our supporters. 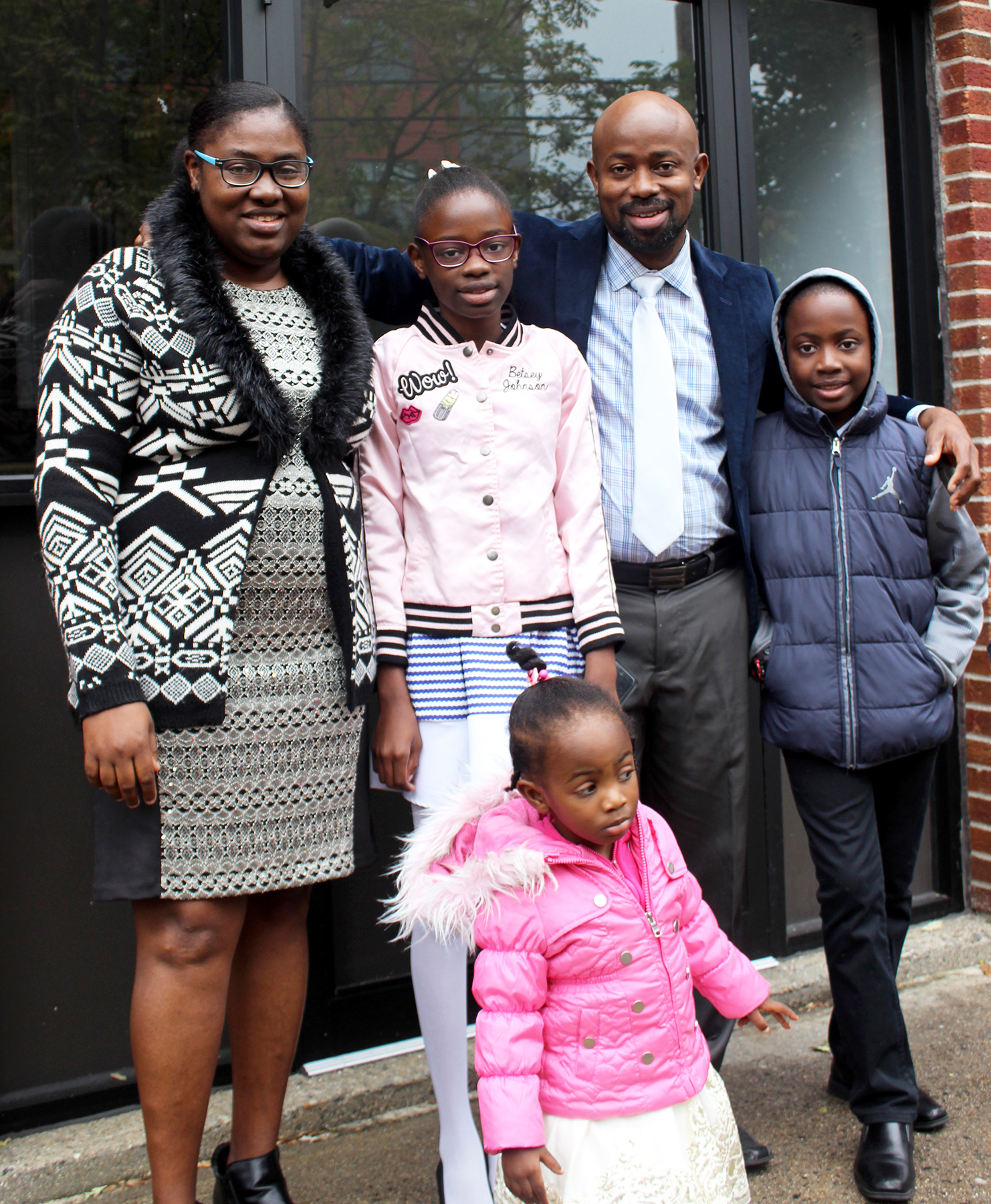 Jan and Benicile Ismeus’ story begins in Haiti, where they both grew up, got married, and had their first two children. Once they were able to move to the United States, they settled in Mattapan, where they had their third child. Now a family of five, they were quickly outgrowing their two-bedroom basement apartment which was cramped and prone to flooding. After attending the home dedication of another Habitat family, the Volmars, who go to the same church, Jan and Benicile applied to the program and were accepted. Thanks to you, now all three children have their own bedrooms in the family’s comfortable and spacious Habitat home in Dorchester! 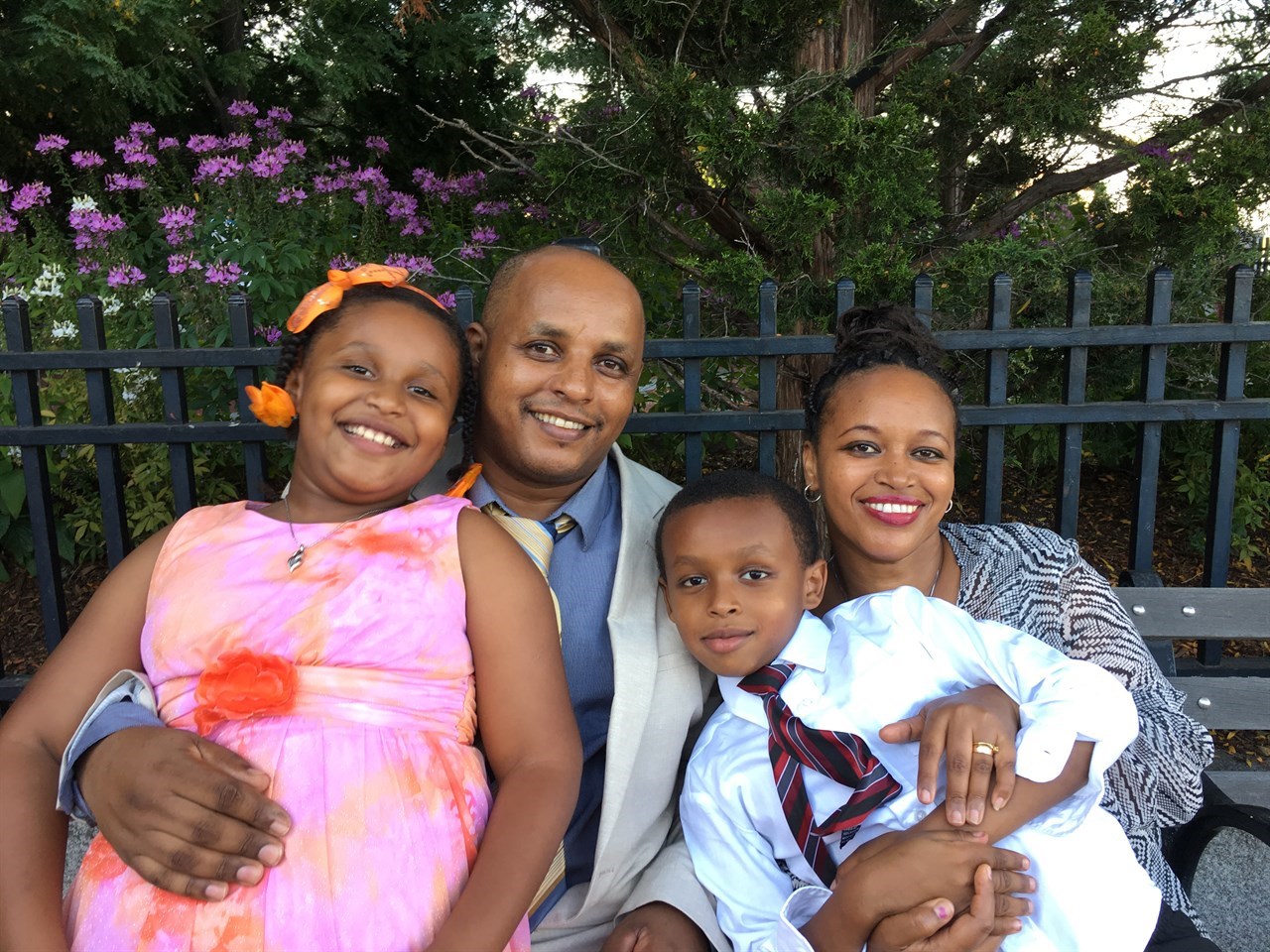 Immigrants from Ethiopia, Ruth Desta and Meselework Teferra used to live in one of Boston’s worst public housing developments with their two kids, Debora and Raffi. With frequent gunshots outside and people doing drugs in the hallways, they feared for their children’s safety. Even with good jobs and solid credit ratings, the cost of housing in the area made it impossible for them to get out. Thankfully, the kind and generous friends of Habitat came through, once again, and the Desta-Teferra family became homeowners at Balina Place in Dorchester. When Liz and Ben applied to Habitat, they were living in a two-bedroom apartment in Lynn with their two little ones, Abraham and Elsie. The building was on a busy street with lots of traffic and no outdoor space for the kids to play. Despite steady employment and good credit, Liz and Ben couldn’t get financing to buy a house. But thanks to the generosity of so many, in 2018, the Cressys became the first family to own a Habitat home at Balina Place in Codman Square. Abraham and Elsie now have lots of room to run around outside with their neighbors, Debora and Raffi Desta-Teferra! 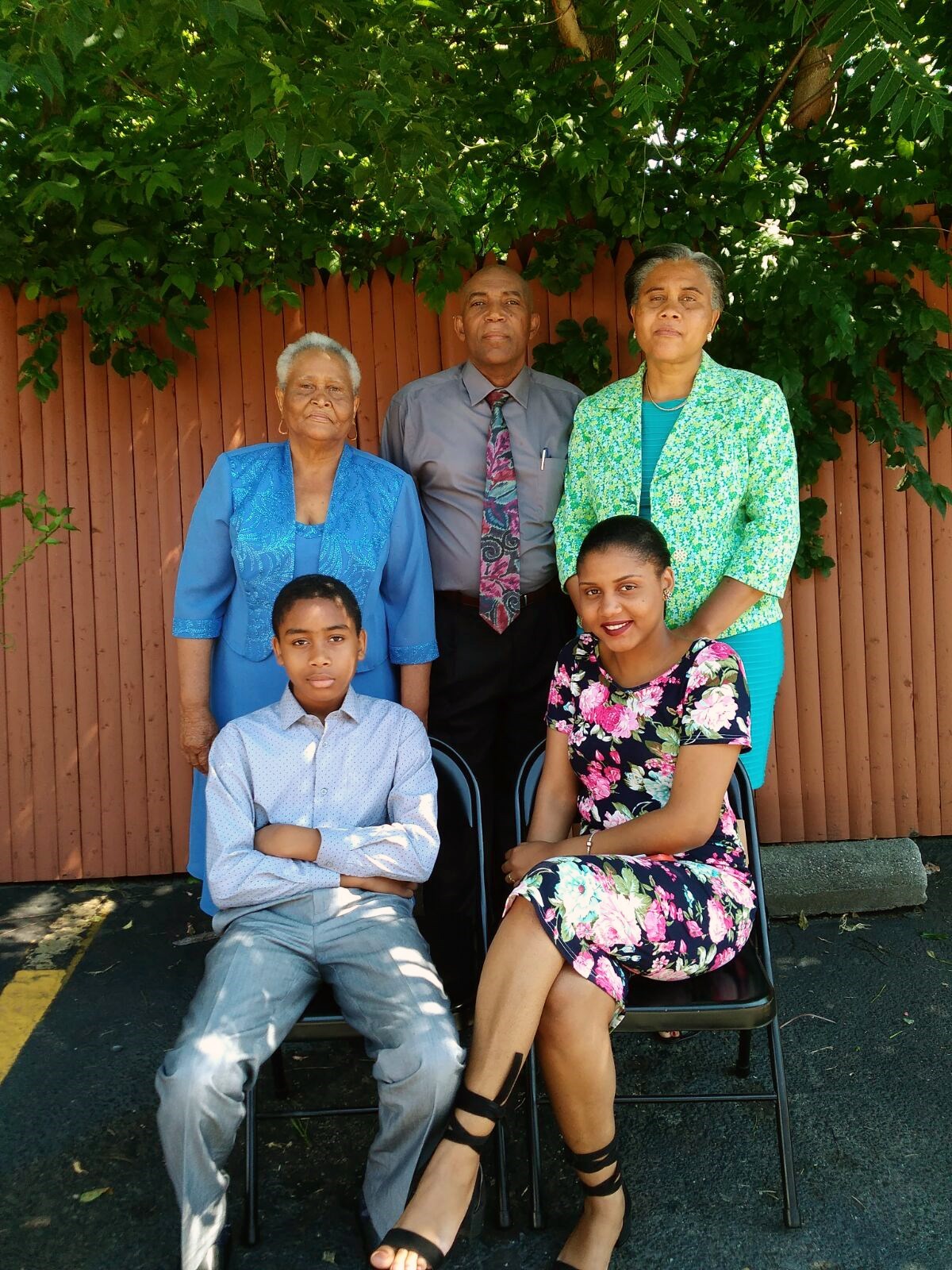 Originally from Haiti, Jean-Alix and Elisemene Volmar used to live in Mattapan with their two kids, Minerva and Michael, and Elisemene’s mother Vierge. The apartment was so small that Vierge had to sleep on the couch in the living room. Even though Jean-Alix and Elisemene work three jobs, their rent increased more than their income each year. Today, because of support from generous people like you, they live in a newly-renovated Habitat home in Dorchester. And the family matriarch Vierge has her own bedroom and bathroom on the first floor! 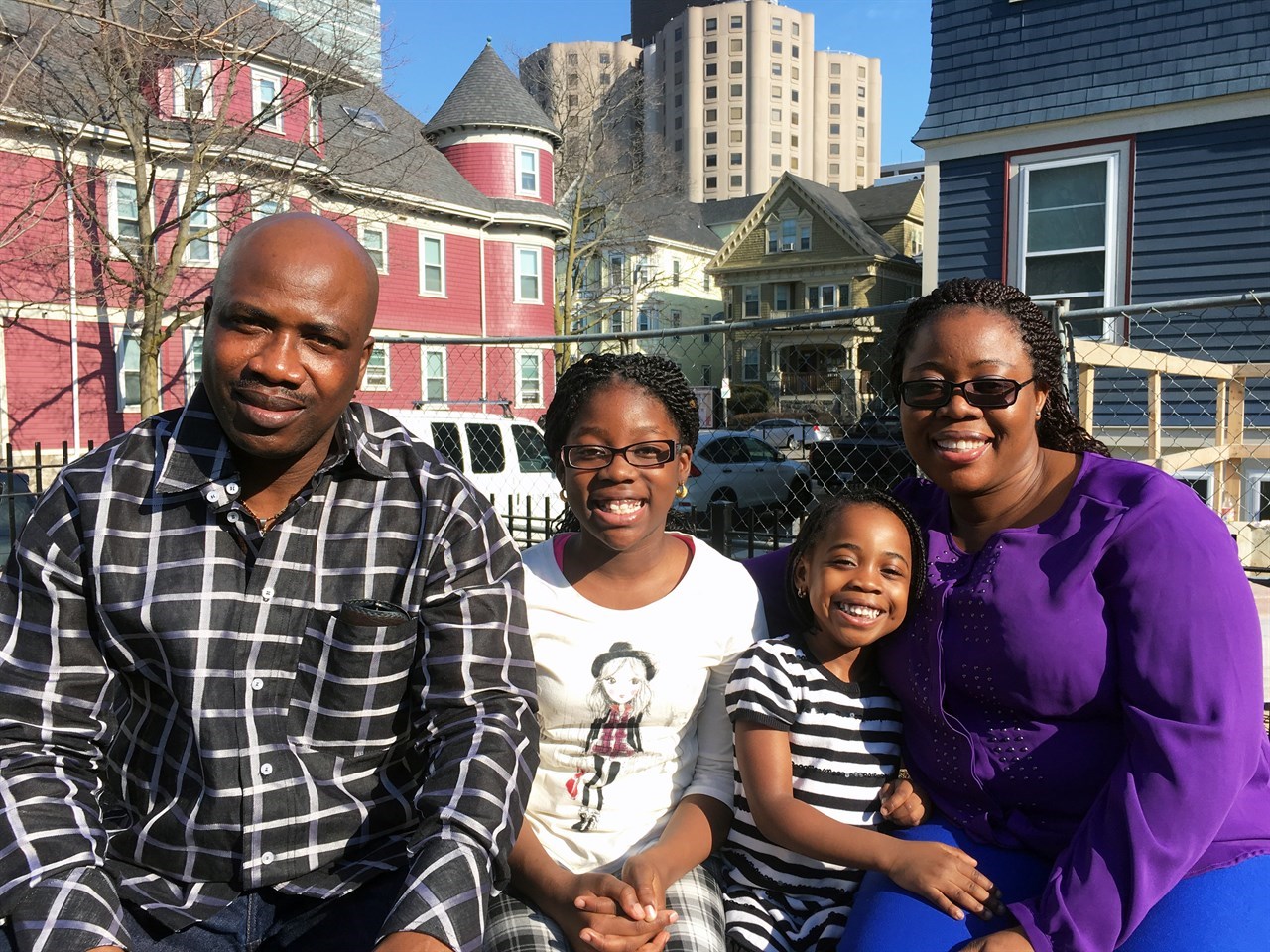 Before Habitat, Kossi Toutou and Esther Houze were crammed into a tiny apartment in Mission Hill with their two young daughters, Pamela and Janelle. Their building was plagued with ventilation problems, rodents, and other pests. Kossi and Esther were eager for a safer home but wanted to stay in the city to be close to their jobs and the girls’ schools. Despite having excellent credit, they could not get a mortgage because of their income. Thanks to you, these hardworking parents, originally from Togo, are now Habitat homeowners of a 3-bedroom townhouse in Roslindale. 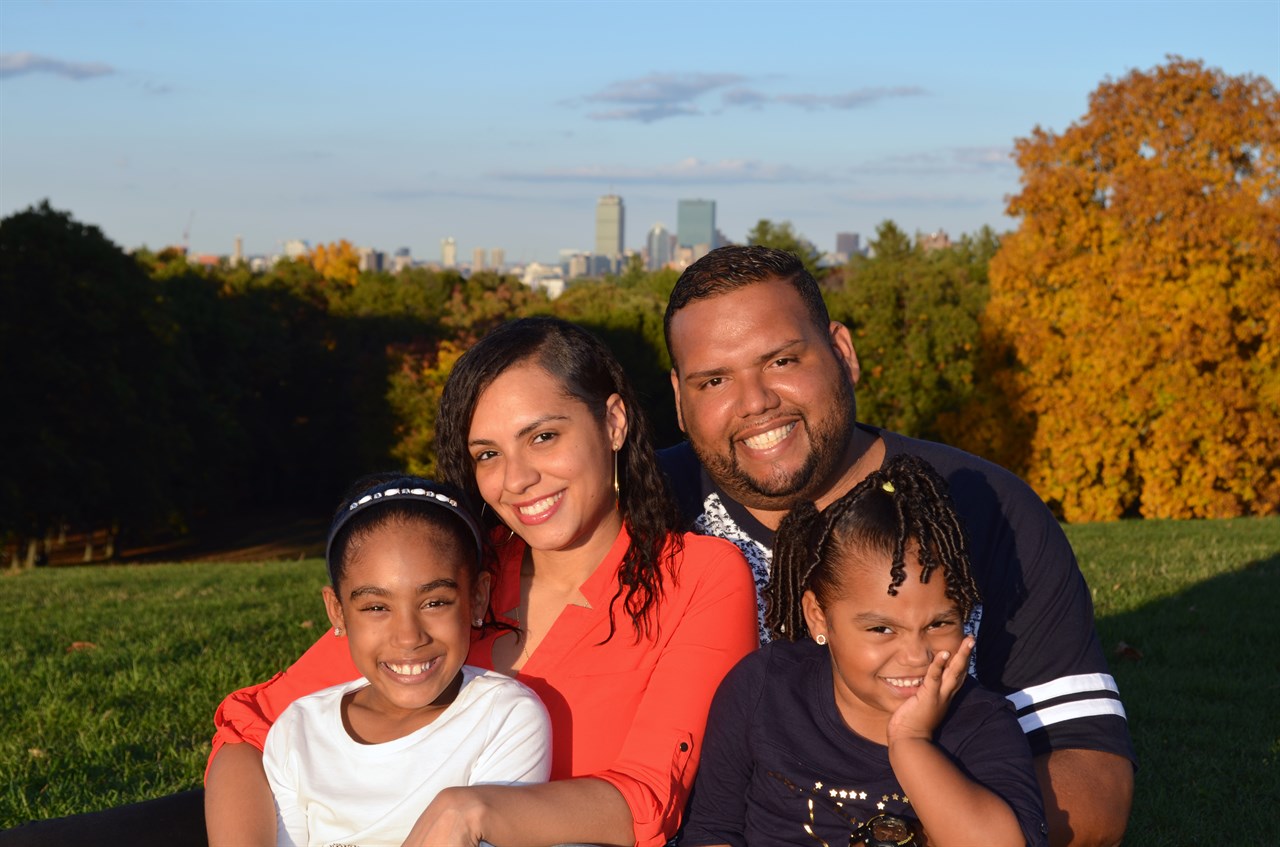 For years, Emilio Baez and Maria Silva and their two daughters, Hailey and Isabella, lived in an apartment polluted by their neighbors’ smoking. These conditions are unsafe for any child, and it was particularly bad for Hailey because she has asthma. But the price tag on anything better was simply out of reach. Thanks to generous Habitat supporters like you, those days are now behind them. Today, the Baez-Silva family has their own home in Roslindale with lots of fresh air and outdoor space for the girls to play. 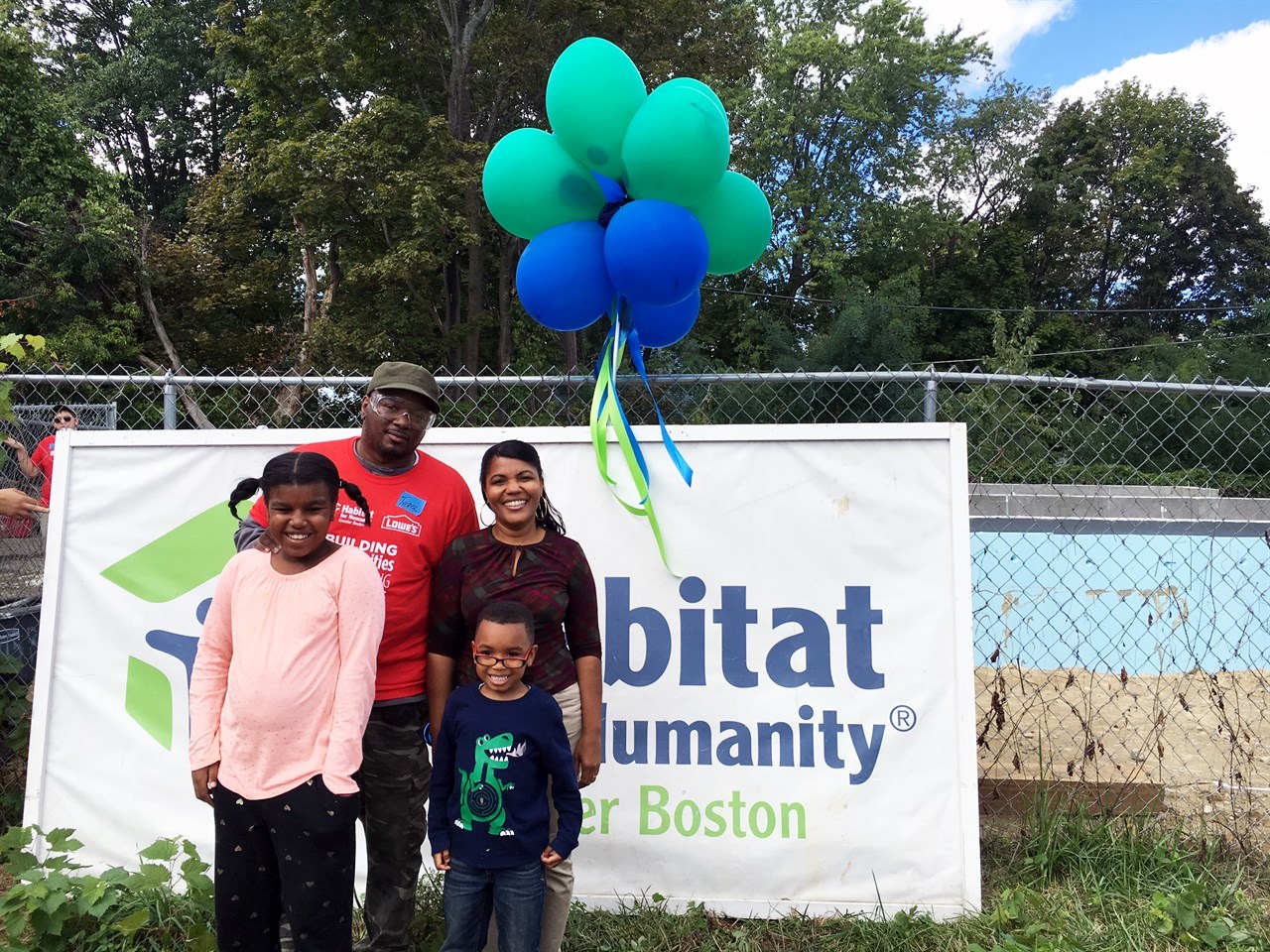 Amanda Lawson used to do her homework in the bathroom because it was the only place in her family’s tiny one-bedroom apartment where she could shut the door and concentrate. Her parents, Tyrone and Junia Lawson, simply couldn’t afford a home where she and her younger brother Jacques would have more space. But because of your generosity, everyone now has their own bedroom in a new home in Roslindale. And the Lawsons live alongside two other Habitat families – the Baez-Silvas and the Toutou-Houzes – who you read about above. All three families are homeowners at Red Rose Condominiums on Bradeen Street. And they became one big Habitat family almost immediately. The Lawsons even host “Pizza Night Fridays” at their place every week – with homemade pizza by Chef Tyrone!

As you can see, your support provides so much more than shelter from the elements. You provide hope… You provide safety… And you provide a sense of community… Thank you!
Our Builds
Ways to Support Us